Historical Introduction to the Cathedral

Christianity was first established in Dunblane by followers of Saint Blane around the year 602. 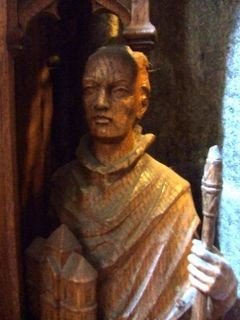 Dunblane Cathedral dates back to the 12th century, most of what stands being constructed during the bishopric of Clement in the 13th century. Today the building is maintained by Historic Scotland as a church of the Church of Scotland.

A cathedral in the Church of Scotland, which is Presbyterian in constitution, is simply a parish church like any other, but the Church of Scotland continues to refer to Dunblane, like its other medieval cathedral churches, as "Cathedral" thus honouring their role in the development of the Christian witness throughout Scotland's history.

The Roman Catholic Bishopric was founded by the Earl of Strathearn, probably about 1150 (although there were Celtic or Culdee Bishops before this date); but the first Roman Bishops found very little in the way of buildings and were not able to accomplish much. 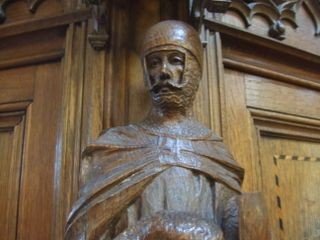 When Clement, a Dominican Friar, was appointed Bishop in 1233, he probably found standing only the Tower (four lower storeys of the present Tower) and a church attached to the tower, but incomplete. This Church he removed in order to build a larger. He complained to the Pope that the Cathedral was largely unbuilt, that he had no place to lay his head, and insufficient revenues to support a Bishopric, and that the services were conducted by a rural chaplain only. The Pope in 1237 authorised the Bishops of Glasgow and of Dunkeld to visit Dunblane, and, if they saw fit, to give to the Bishop of Dunblane a fourth of the tithes of the churches of the diocese, so that he might build his Cathedral and organise his diocese; and with these monies Clement, before he died in 1258, was able to build the Lady Chapel and most of the Cathedral largely as it now stands. For the next 300 years until the Reformation the Cathedral was gradually filled with more and more elaborate furnishings.

In 1560 the Church of Scotland became reformed or protestant. The use of the Cathedral was now drastically altered and the congregation needed only the Choir for use as the parish Church. The roof of the Nave fell in towards the end of the 16th century and the Nave remained roofless for 300 years, during which the congregation worshipped in the Choir. 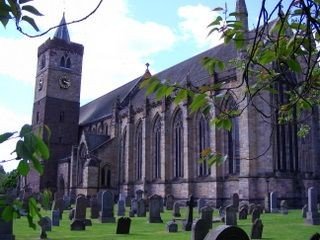 In 1889 a great restoration of the whole Cathedral was begun under the guidance of Sir Rowand Anderson, a leading Scottish architect, when the Nave was re-roofed and public worship restored in it in 1893.

A further restoration of the Choir was carried out under another noted Scottish architect, Sir Robert Lorimer, in 1914.