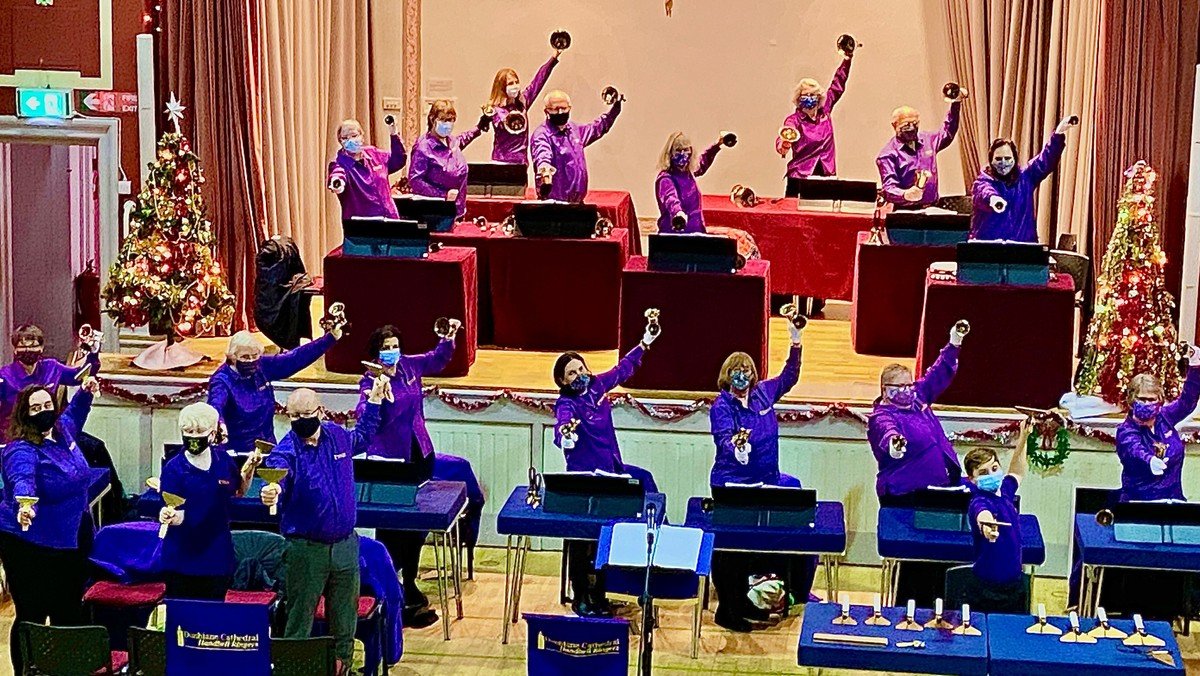 Music with a Tale - concert celebrating Scotland's Year of Stories - presented by Dunblane Cathedral Handbell Ensembles in Dunblane's Victoria Halls. Enjoy music, and the stories behind them, inspired by, written or created in Scotland in Dunblane's Victoria Hall in a concert presented by multiple handbell musicians performing on the largest range of handbells in Scotland.

Music will include Dougie MacLean's rousing "Caledonia", the "Flannan Isle Lighthouse Mystery"; "The Bonnie Ship the Diamond", local love-song "Jessie, the Flower of Dunblane"; Jim MacLeod's "Dunblane"; the Outlander theme music "Skye Boat Song"; Sir Harry Lauder's "Keep Right On to the End of the Road"; a bit of Robert Burns with "My Love is Like a Red, Red Rose" and "John Anderson, My Jo"; Matt McGinn's "The Red Yo-Yo" and more!

Dunblane Cathedral's handbell ensembles have an international reputation and have appeared many times on television. Handbells are one of the world's oldest instruments yet the handbells used today are sophisticated precision instruments which produce a beautifully rich sound. Dunblane Cathedral has Scotland's largest range of handbells and  handbells are very much a visual instrument too as audiences enjoy the synchronised movement of the shining handbells.

Admission at the door or book online in advance using the form below: