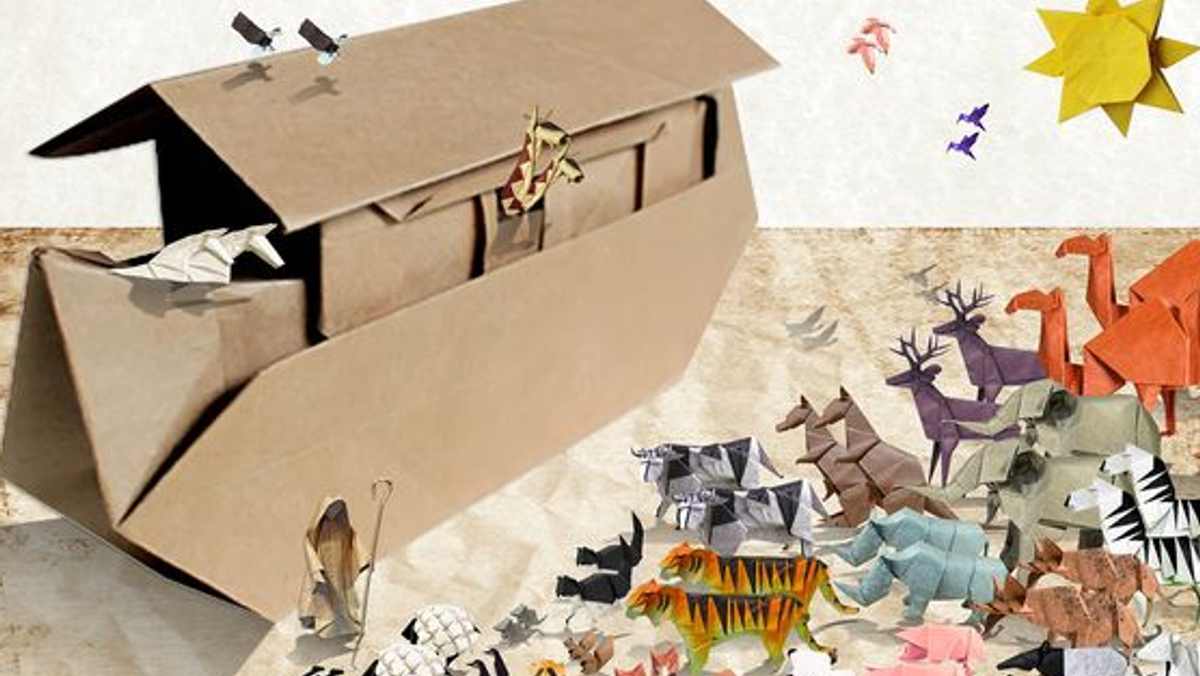 This is the family history of Noah. Noah was a good man. He was the most innocent man of his time. He walked with God. Noah had three sons: Shem, Ham and Japheth. People on earth did what God said was evil. Violence was everywhere. And God saw this evil. All people on the earth did only evil. So God said to Noah, “People have made the earth full of violence. So I will destroy all people from the earth. Build a boat of cypress wood for yourself. Make rooms in it and cover it inside and outside with tar. This is how big I want you to build the boat: 450 feet long, 75 feet wide and 45 feet high. Make an opening around the top of the boat. Make it 18 inches high from the edge of the roof down. Put a door in the side of the boat. Make an upper, middle and lower deck in it. I will bring a flood of water on the earth. I will destroy all living things that live under the sky. This includes everything that has the breath of life. Everything on the earth will die. But I will make an agreement with you. You, your sons, your wife and your sons’ wives will all go into the boat. Also, you must bring into the boat two of every living thing, male and female. Keep them alive with you. There will be two of every kind of bird, animal and crawling thing. They will come to you to be kept alive. Also gather some of every kind of food. Store it on the boat as food for you and the animals.” Noah did everything that God commanded him.

Little Stars Here’s a song for you to sing, but first find a metal spoon and a thick cardboard box (or a lump of wood!) so that you can beat in time to the song, which is sung to the tune of ‘Old Macdonald’:

And as he tapped, his ark took shape

While he sang this song:

“With a lion here and a lion there,

Make up more verses. If you can’t think of a sound the animal makes, you could do an action instead. Here are some to start you off:

Let us know what else you think of!

Can you finish off the rhymes? Maybe you can guess, or else choose words from below the poem. The first six lines rhyme with ark, the next six with boat, the following six with light and the last with skies. There are a few words included in the list that don’t make sense!

Old Noah is building an ark;

Why does he need a boat?”

When they find they need a boat.

At first the rain is light,

And they see the fading light.

All around are darkening skies,

In view of these threatening skies,

To build himself an ark.”

What do you think?

When you’ve pieced it together, read the poem aloud rhythmically. If you can, clap on the beat as well, or if you have a keyboard, find a funky beat that fits and read it to that.

For everyone – An activity for outside:

Noah is told to build the ark out of cypress wood, which is hard and rot resistant. Traditionally British boats were built of oak, a tree native to Britain. Can you identify an oak tree? An oak leaf has a very distinctive shape. The Woodland Trust website will help and tell you all about oak trees:

An oak tree can live for hundreds of years and is home to many creatures. Can you think of any?

Just a thought:     The saying “mighty oaks from little acorns grow” dates from the 14th century, and means that something big and successful can start as something very small.

Have fun getting to know an oak tree! We’d love to see any pictures or bark rubbings you make. You can send them by clicking here